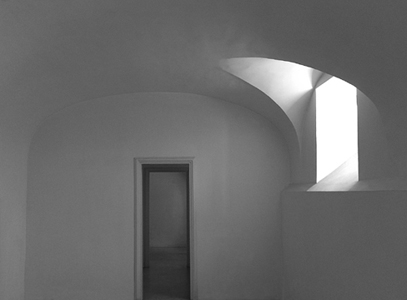 All is mine, nothing belongs to me,
memory owns nothing,
my own as long as my gaze holds [...]
Wislawa Szymborska, 1962


On display with her first personal exhibit at MAC Maja Arte Contemporanea, Veronica Della Porta is presenting eleven works completed between 2009 and 2017.

In the critical text that accompanies the show, Nora Iosia writes:

"Della Porta's second personal exhibit is a collection of eleven images, ten photographs displayed here on a metal support. Spanning from 2009 to 2017, they trace the evolution of the artist's voice: her gaze becomes happily decisive; aided by the immediacy and ease of the camera, it finds its narrative potential. It plays with memory, calling to mind a single fleeting instant, so as to capture it as it vanishes, thus rendering time and memory themselves central in the image.

Della Porta is not a photographer in a traditional sense. Rather, she chooses photography as a suggestive and poetic medium, discarding its strict technical requirements and ignoring its repeatability. She prints each images only once, recreating the unicity of paintings. The paper then becomes a makeshift canvas, reproducing the image pictorially, and liberating it from the weight of matter and the tensions of technical precision.

The large size of the images exalts the spaces portrayed, expanding their details, and enhancing the void between them as an emotional echo might. The images thus created beckon to a space beyond the print, an imaginative and evanescent counterpoint to the instant captured, which, in turn, becomes the reality of the 'here and now', an immobile moment in time. They resemble visual annotations following the photographer's gaze as it seeks private spaces that narrate secret, untold stories, or details that seduce the eye for a moment before time engulfs them. The tragedy of becoming unfolds through these pictures.

The black and white pictures - "Oblò" (Porthole) 2010; "Omaggio a Le Corbusier" (Tribute to Le Corbusier) 2012; and "Finestra con tenda" (Window with curtain) 2014 - include elements that recur over the years: the window as a frame introducing light in a space; its suggestive potential, as both an outlet and a source.

In "Omaggio a Le Corbusier" the scene opens on two sinks imbued with silence. Time seems thinner, as the light seeps in from the window announcing potential change: someone might pass-by. Everything is within the eye's reach: possibility and beauty are all in the balance offered by the light stream that suggests that this room exists intact.

"La finestra con tenda" calls to mind the portrait of a lady in the artist's studio or a self-portrait: a trace of it remains in the folds of the curtain that is slightly moved. Shapes here become narrative clues, they can take form again in new stories and new rhythms.

In "Annunciazione" (Annunciation) the elements that catch the eye (the window letting light in from above; the door; the arched wall) suggest images of Madonnas met by Angels bringing the Word. The viewer can find figures of his or her own making in this space. It is the place itself that seems to call forth, through the open door in the background, characters uniting the divine and the human. Anything might happen or, perhaps, everything has already happened, including the Angel's flight from Above.

In the two works from the series "Lampade" (Lamps) the artist plays her hand with the vanitas of existence; bravely, she allows the scent of metaphor to come through. Light is a presence; time is the light granted, and the festivity becomes symbolic for life itself. Vanitas returns in the four still lives. Here shapes and colors emerge from the beauty of the image, as if to seal the ultimate pact with the frailty of being: beauty cannot be told, not through words. It lives in the wonder of the eye looking on."

Veronica Della Porta was born in Modena in 1964. She lives and works in Rome.
She is a set and costume designer and she has worked with several artists (among whom Mario Schifano and Isabella Ducrot) before she started her personal projects.
Her photographs are predominantly black-and-white digital prints, printed in a single run.
Her first solo exhibit at the s.t. Art Gallery in Rome was curated by Ludovico Pratesi in 2013. Since then, she has displayed her photographs in collective exhibitions (The Beyond and The Other, Rome 2017), and fairs (Rome 2012, Affordable Art Fair; Bologna 2015, Set Up Fair; London 2015, Start Art Fair, Saatchi Gallery).