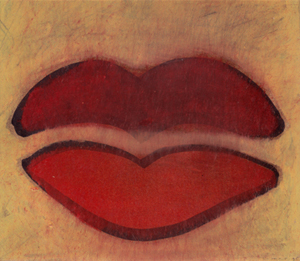 Angelo Titonel
To My Daughter


This exhibition stems from the uncovering of a file of works that painter Angelo Titonel (1938-2018) gifted his twenty-year-old daughter in the mid-nineties.

"Only now do I realise that these works — which I believed I had lost during a move — together form a corpus. As such, their destiny can finally come to fruition in this exhibition, whose title deliberately tributes the past becoming a sort of dedication, a gift, a possibility."

"To My Daughter" is a selection of 21 intimate, unreleased oil-on-paper paintings. Their small, precious format is shared with the public for the first time now, thirty years after their creation,

"so as to return the trust received through that special gift to the giver — my father. I do not think he imagined then that I would open my own art gallery..." (Daina Maja Titonel)

Angelo Titonel (Cornuda, Italy 1938 - Imola, Italy, 2018) graduated from the "Castello Sforzesco" School of Applied Arts in Milan. He began working as a graphic designer and art director in international advertising agencies but eventually abandoned this career to devote himself to painting.