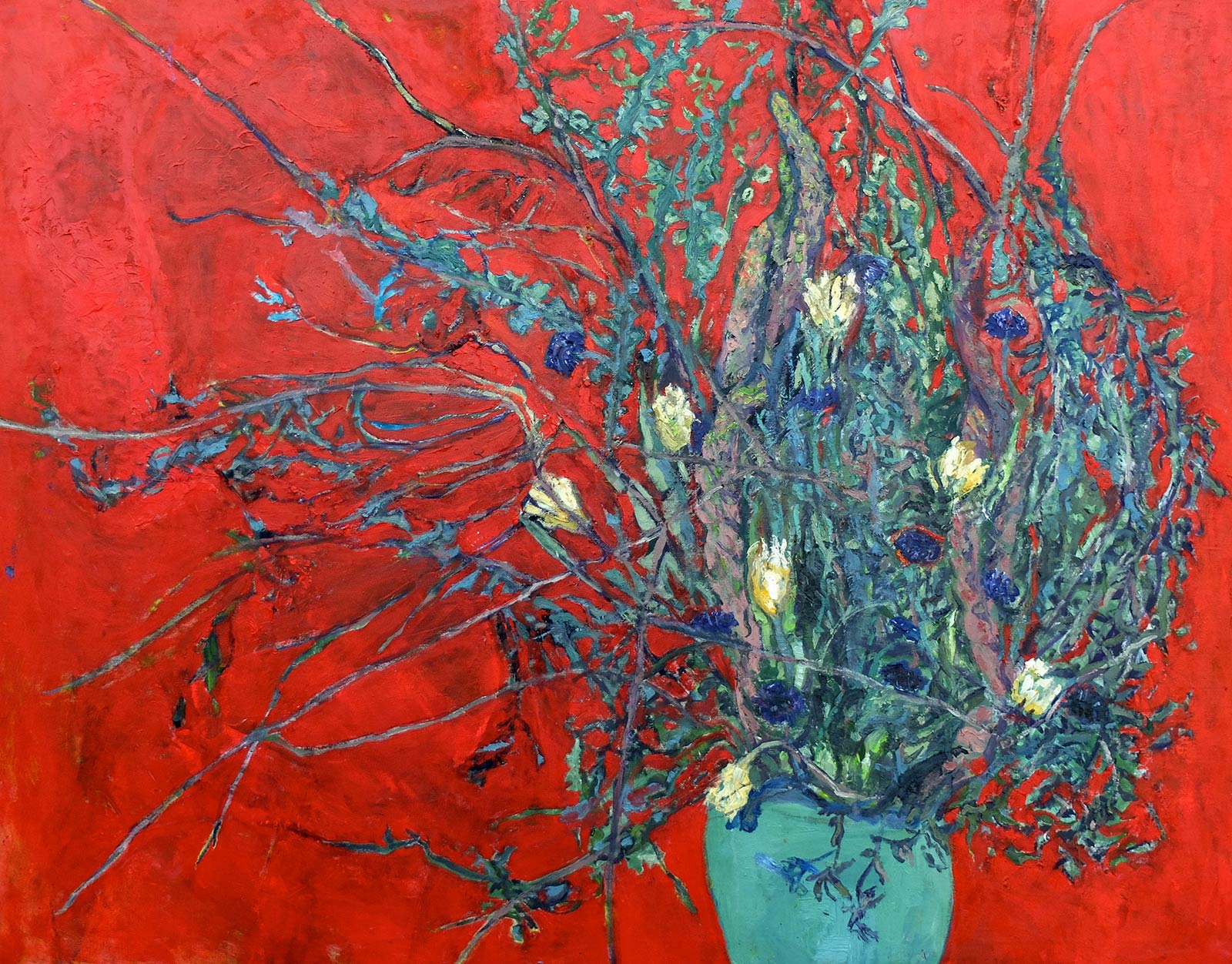 Thirteen years after his Roman debut at the Palazzo della Civiltà Italiana and following the success of his 2014 solo exhibition in London (The Naked and the Nude) and his participation at the 2013 Young Masters Prize, also in London, Rodolfo Villaplana (Valencia, 1975) is now back in Rome, to present eleven paintings of various formats from his new cycle of works entitled Furore (fury).

Since his beginnings, the Venezuelan painter has focused his attention on the human figure and on the psychological character of his subjects.

“I try to behave the same way as an actor does, and this means struggling with a character he needs to ‘incarnate’. I suspend the self to allow others to speak through me, and the canvas is the point where these two impossibilities meet”.

In these new works (seven self-portraits, two still lives, a female portrait, and a hunting scene), the artist’s eye turns toward that inner self no longer “suspended” but fully interpreted, to unveil its intrinsic nature unapologetically, with no attempt to please. He digs into his soul and renders it, humbly displayed, to the viewer. The paintings thus become a confession, making Furore his most intimate, expressive and personal work.

In her critical essay on the exhibition, Limor Gootlieb writes: “By revealing his own truth, Villaplana yet again achieves to make his work not only authentic and evermore relatable, but he further draws our gaze in closer and deeper, communicating complex emotions of solitude, broken hearts, death and transformation. Villaplana paints from his soul and is taking us on his very own personal journey, and potentially ours, in that he brings up deeply rooted issues concerning the Self, our Self. (…) There is a feeling of solitude in his paintings, a courageous solitude, which he embraces with no fear of facing his Self, his, our individuality.”

Villaplana’s “furore” goes beyond rage; it is a mental excitement, a creative mood, a poetic flair which has in his craft a seductive intelligence. It is pain and at the same time light and freedom. 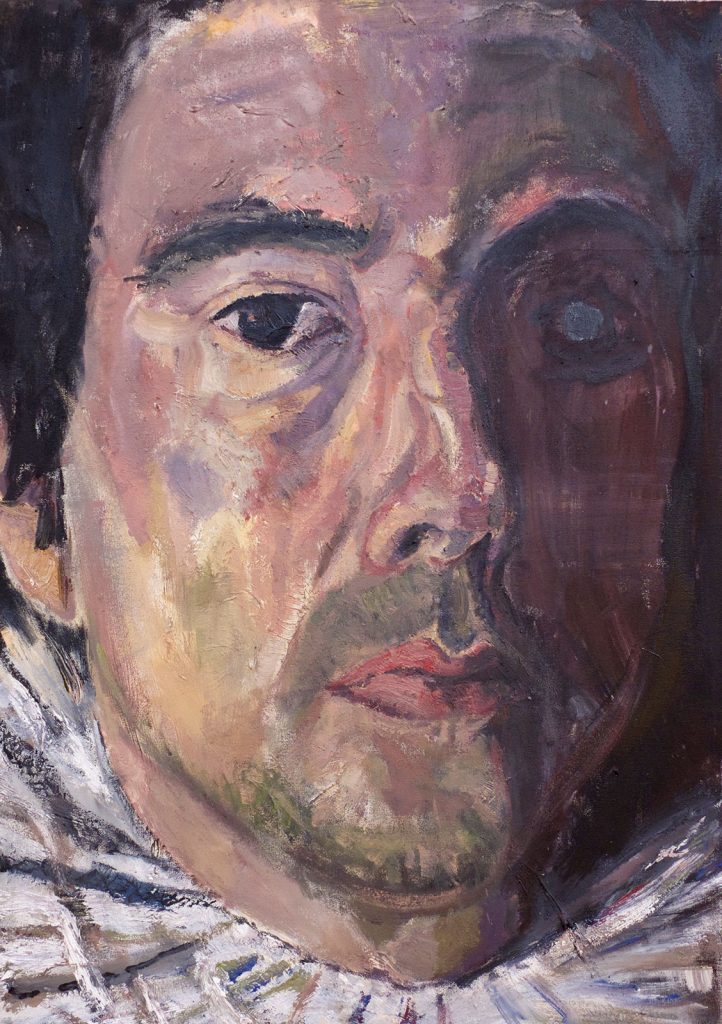 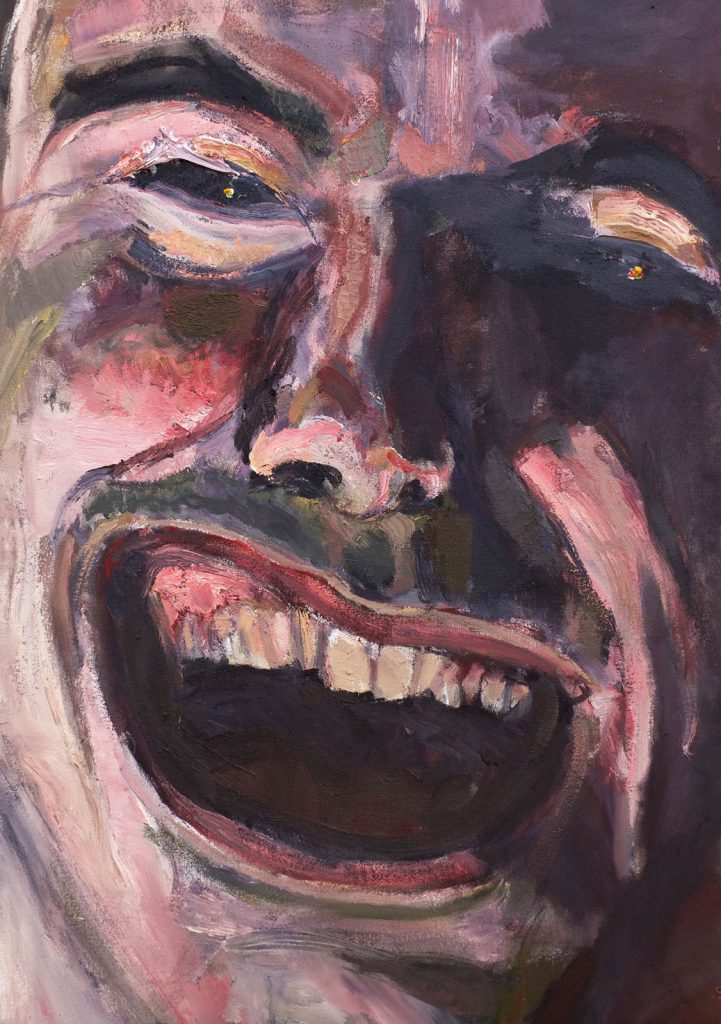 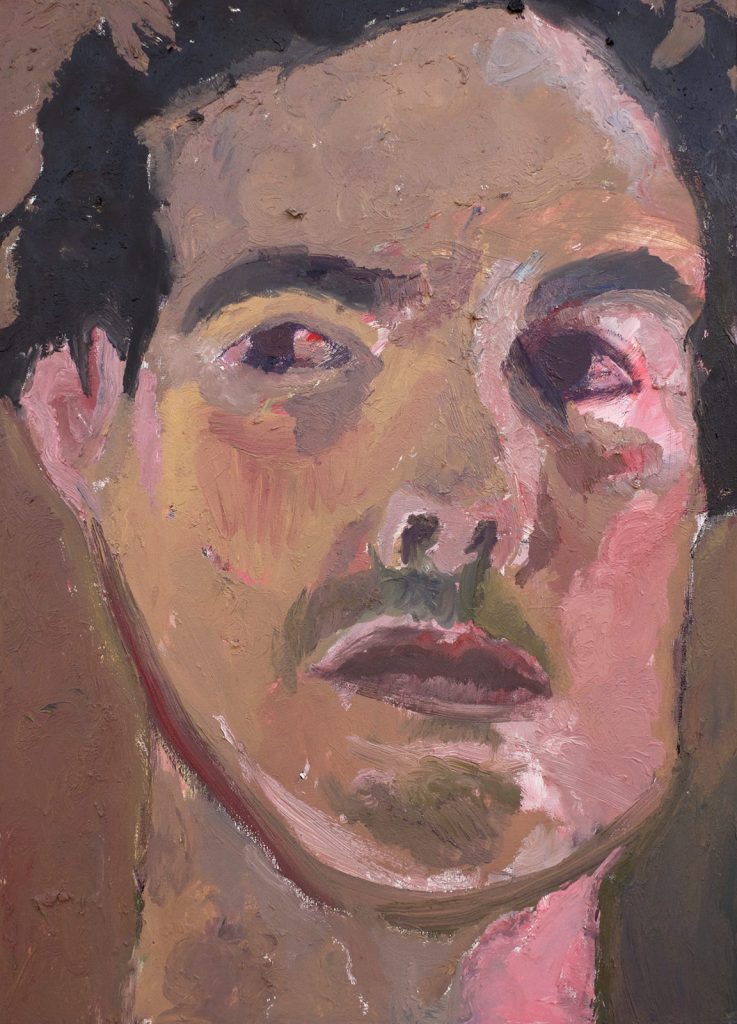 Rodolfo Villaplana
Self portrait under the fire light, 2015
Enquire 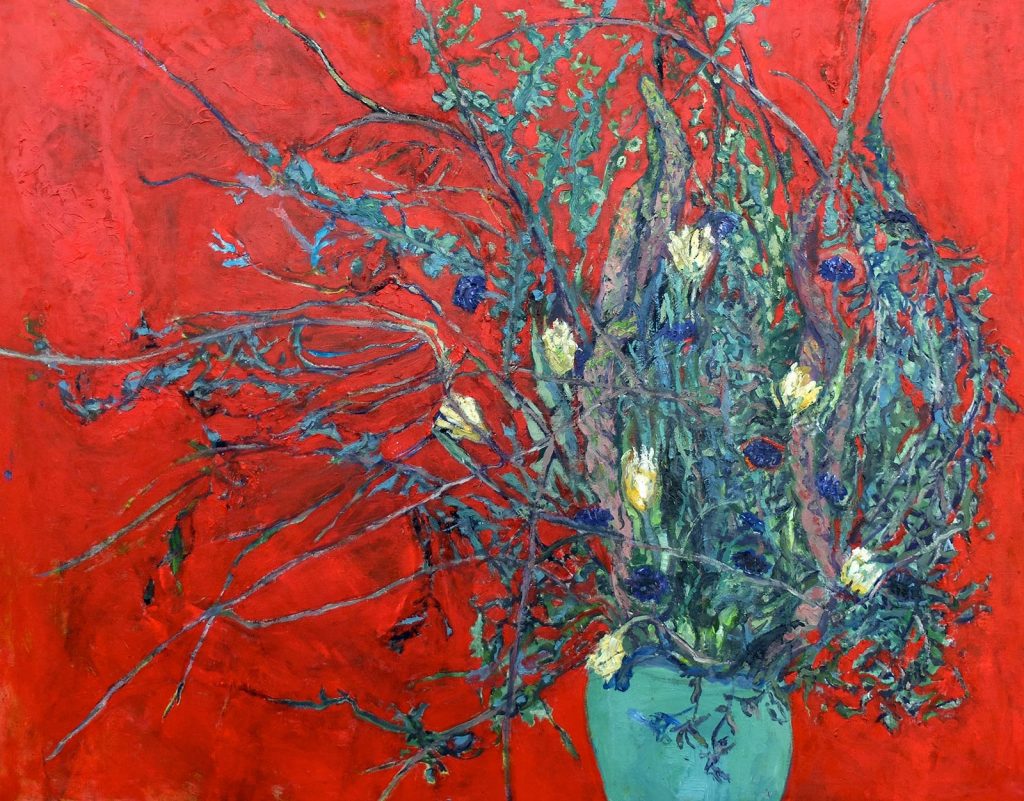 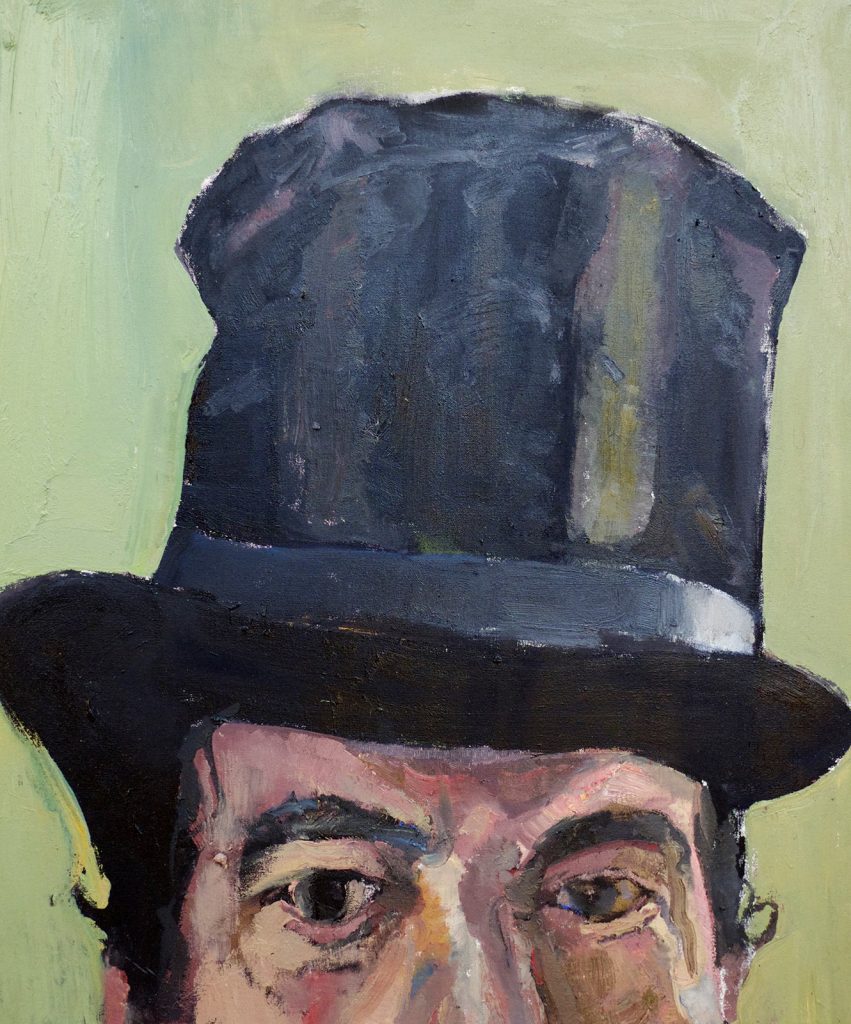 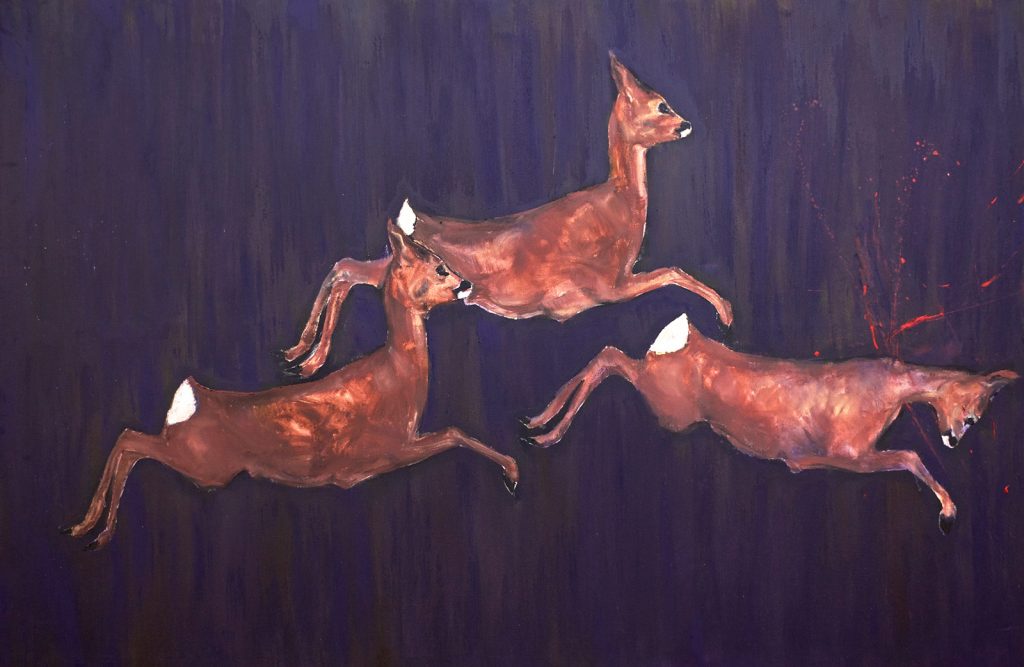 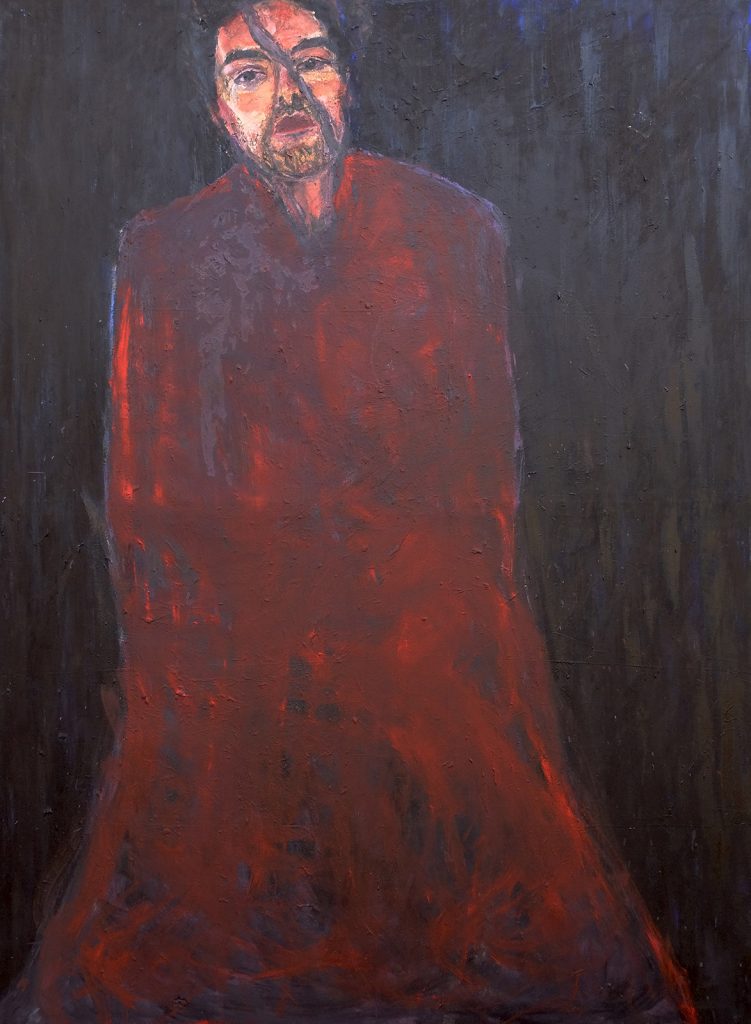 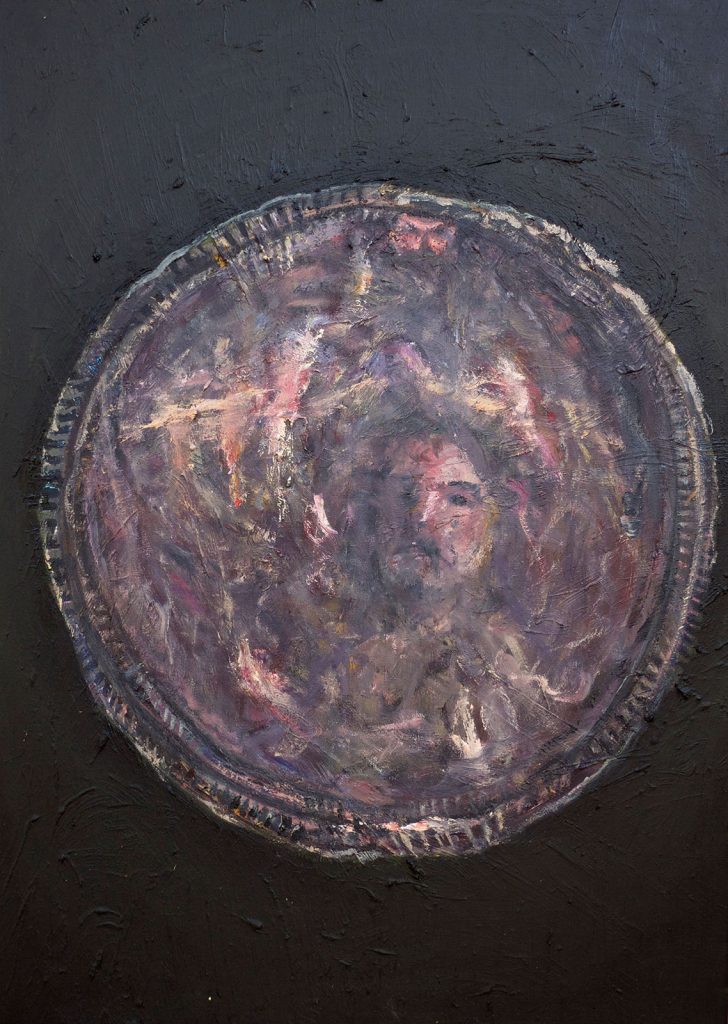 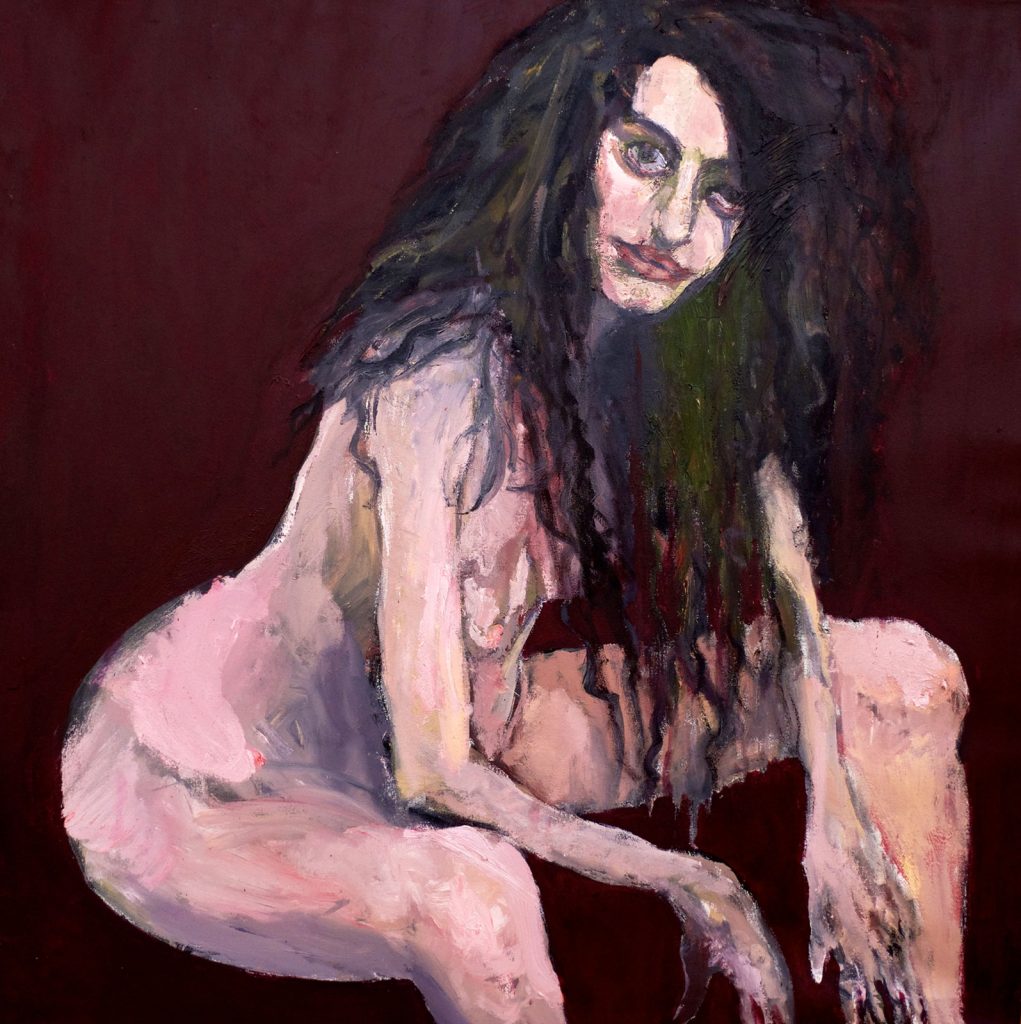 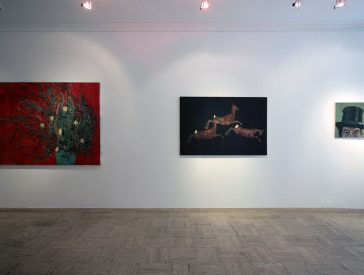 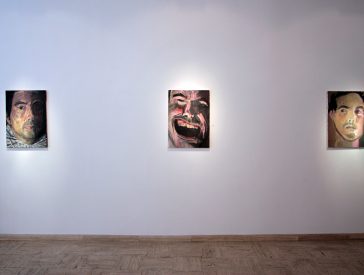 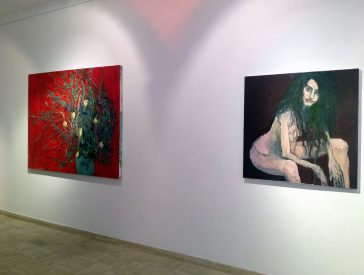 Only the artist who doesn’t have style, needs one.
– Rodolfo Villaplana

Venezuelan-born painter, Rodolfo Villaplana is known for his fascination with the human body and human psychology.

While he is known for portraying what he observes directly in his sitters or in objects as he works, in his most recent collection, Villaplana’s glance is primarily turned inwards, onto his very self. In this collection, he exposes the core of his own existence, fully unveiling it. This makes Furore Villaplana’s most personal, intimate, and expressive collection to date.

Literally, furore means ‘an outbreak of public anger or excitement’. However, the artist’s interpretation of the word transcends mere fury. Villaplana’s Furore is intellectual; it reflects a creative mood or a state of mind.

In order to achieve this state, Villaplana also breaks free from technique and style: he paints without filters and stands clear of compromise.

In this collection, he concentrates on sharing his point of view, feelings and emotions, without looking for conventional justifications and without bending to others’ opinions. He paints as he wishes without trying to please.

“This work is very intimate for me. In a way, it is a huge ‘fuck off’ to everything and everybody”, he says of the collection.

By expressing his own intimate truth, Villaplana makes his work authentic and evermore relatable. He draws viewers into these paintings by communicating complex emotions of solitude, broken hearts, death and transformation. Villaplana paints from his very soul; in doing so, he takes us on this very personal journey, making it potentially ours. He unveils deep-rooted questions concerning the Self, and, by extension, our ‘self’.

An example of this process is the large self portrait set against a velvety red background. The painting references the inexplicable paradox of the human desire to achieve that which is impossible; it portrays an uncontainable beauty staged against our fear of accepting reality. In this, the image is liberated from any form of nostalgia and optimistic stance; thus it posits that natural beauty can exist infinitely, even when it requires the subject to be destroyed.

The portrait is both one of innocence and one of solitude, where solitude is intended as a stroll inside oneself. Villaplana’s painting is charged with loneliness. And yet, the solitude he shares is also courageous – he is embracing his loneliness and shows no fear of confronting the most obscure aspects of the Self. He finds the singularity hidden within the Self, that aspect which most of us would not – or perhaps should not – understand, and thus holds a mirror up to our madness. Once embraced and fully expressed, this madness emerges in the transparency of the artistic lens: Villaplana’s self-portait is one of a man in revolt.

In this collection, Villaplana used more texture in his paintings, which makes them seem heavier. He also worked experimentally by collaborating with a fellow artist, a flower designer. She made a beautiful arrangement of flowers combining her own flowers with materials from Villalana’s garden in Tuscany where he was working.

The idea behind this still life appeared to Villaplana in a dream. He saw the flower arrangement clearly, and then painted it by calling the dream to memory. He thus delved deep into his subconscious, or his higher self, to complete the work. The result is a melancholic image of the flowers which suggests a metamorphosis, the transformation of a state of mind, perhaps, or one of the soul. The still life is paradoxically filled with movement; one can sense the wind blowing through the flowers, both vital and violent. This turns the pretty flowers into an image of torture perhaps suggesting impressions of martyrdom.

Although, Furore is a much darker collection, this collection is marked by the artist’s redefinition, redemption and rebirth.

Despite being highly influenced by the work of Albert Camus, Villaplana’s artistic technique is intellectually seductive; he almost seems to ask the viewers to dismiss his philosophical intentions as he is not making them as apparent to us as Camus – he is merely implying.

Only through art can we emerge from ourselves and know what another person sees.
– Marcel Proust

The inborn impulse to rebel spurns us to determine values that can bring us to create. As Rilke, another of the artists from whom Viallaplana draws inspiration, puts it: “The artist is living and painting in heat”. Hence the artist’s experience lies so unbelievably close to the sexual, to its pain and its pleasure, that the two phenomena are really just different forms of the same longing and bliss. Both are, in effect, free of any guilt or shame attached to them.

Villaplana’s poetic power, which comes through in his paintings, is so powerful that it seems to explode like a volcano.

We all carry within us places of exile, our crimes, our ravages. Our task is not to unleash them on the world; it is to transform them in ourselves and others.
– Albert Camus

His work shows us that life is a matter of living in that state of the absurd, knowing the foundation of the mind and this world longing to connect and without ever succeeding.

For Villaplana, this darkness, this “furore”, the pain, the suffering reflected on canvas, is at the same time his light, his freedom, his spirit. 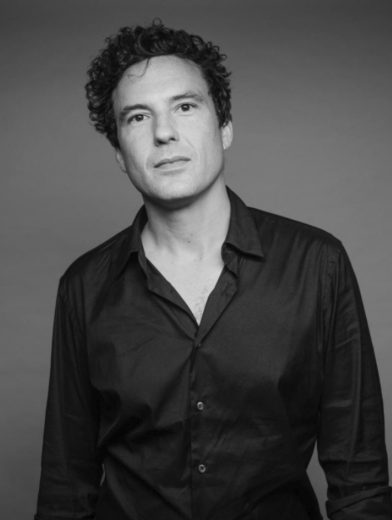