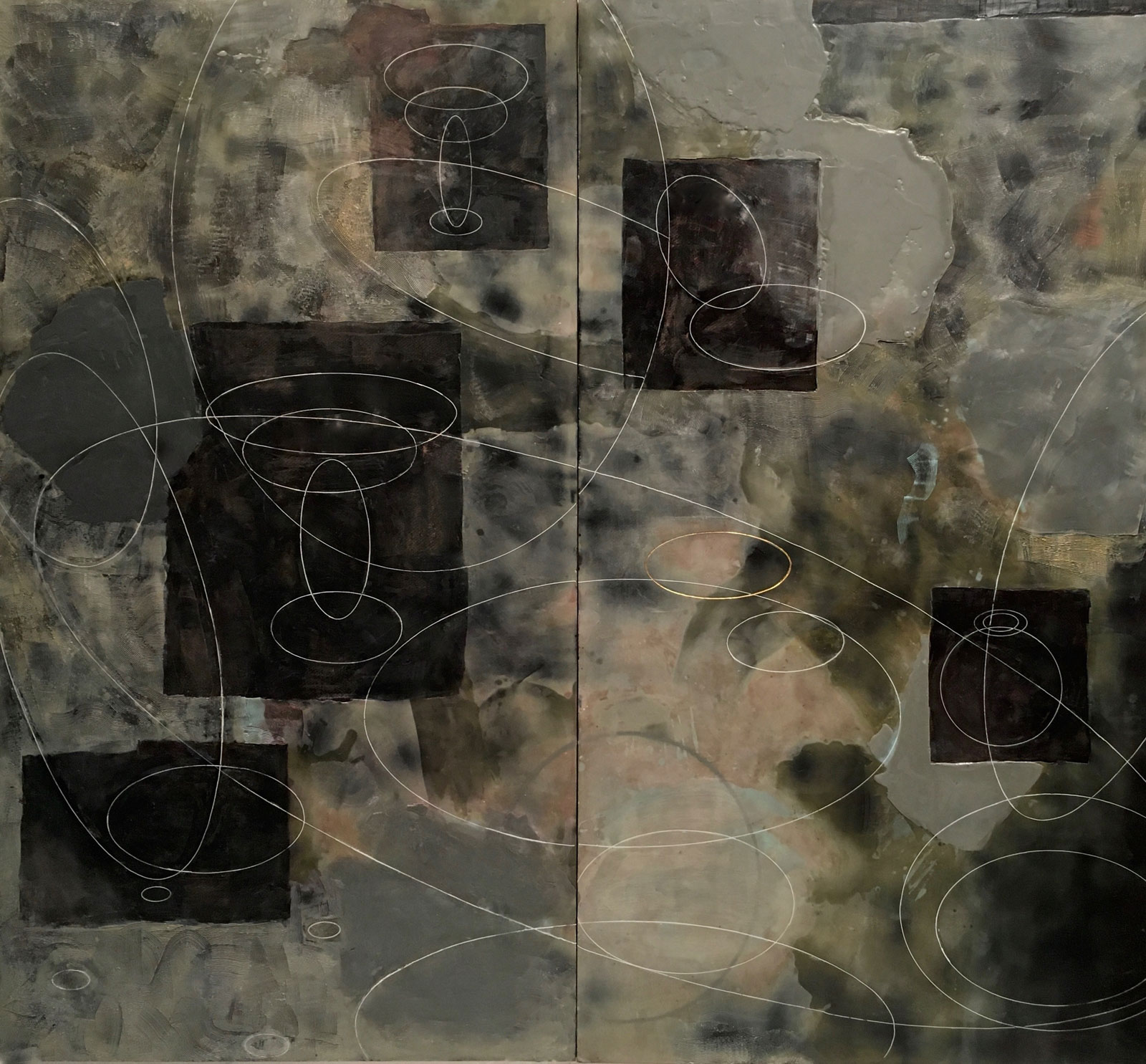 After participating in the project Miscellaneous. The Art Practice (May 2019), Peter Flaccus returns to exhibit in the gallery Maja Arte Contemporanea, presenting, beginning January 27, 2022, a selection of works executed in the ancient technique of encaustic.

“The Flat Earth” (the title is also that of one of the works in the show), completes the “Trilogy of Colors” (recalling Kieslowskis’s famous film trilogy “Three Colors”), a cycle of exhibitions begun in September, 2021 with Ria Lussi’s “Who is afraid of Pink?“, followed by the french artist Pierre-Yves Le Duc, where the dominating color was Klein blue.

For the third and concluding exhibition of the series, the Gallery has selected – from the vast chromatic universe that one encounters in the work of Peter Flaccus – works in which blacks and dark blues predominate. However, in a luminous counterpoint, golds, pale yellows, and whites also create a dialog between works dating from the year 2000 to those of today.

A native of western Montana, Flaccus moved to Rome from New York at the beginning of the 1990’s, and adopted wax as his favored medium, rediscovering the antique tradition of encaustic.

In works that are purely pictorial, Flaccus provides a visionary iconography of overlying rhythmic forms constructed in multiple strata and subtle relief. Measure and tension cohabit in his world; geometric rigor, dynamic color, and pulsating material magically give life to form.

In some works, we encounter the earth, moon, planets and stars in interdependent spaces that recall medieval altarpieces. In others, a preponderance of geometric forms — circles, ellipses, arcs and curves — invite us to enjoy mathematical purity, and seem to suggest ways of traversing space, without ever specifying a destination.

Flaccus offers us a lantern with which to explore the cosmos, seeming to echo Saint Exupéry’s Little Prince: “If you always follow a straight line, you won’t get very far.” 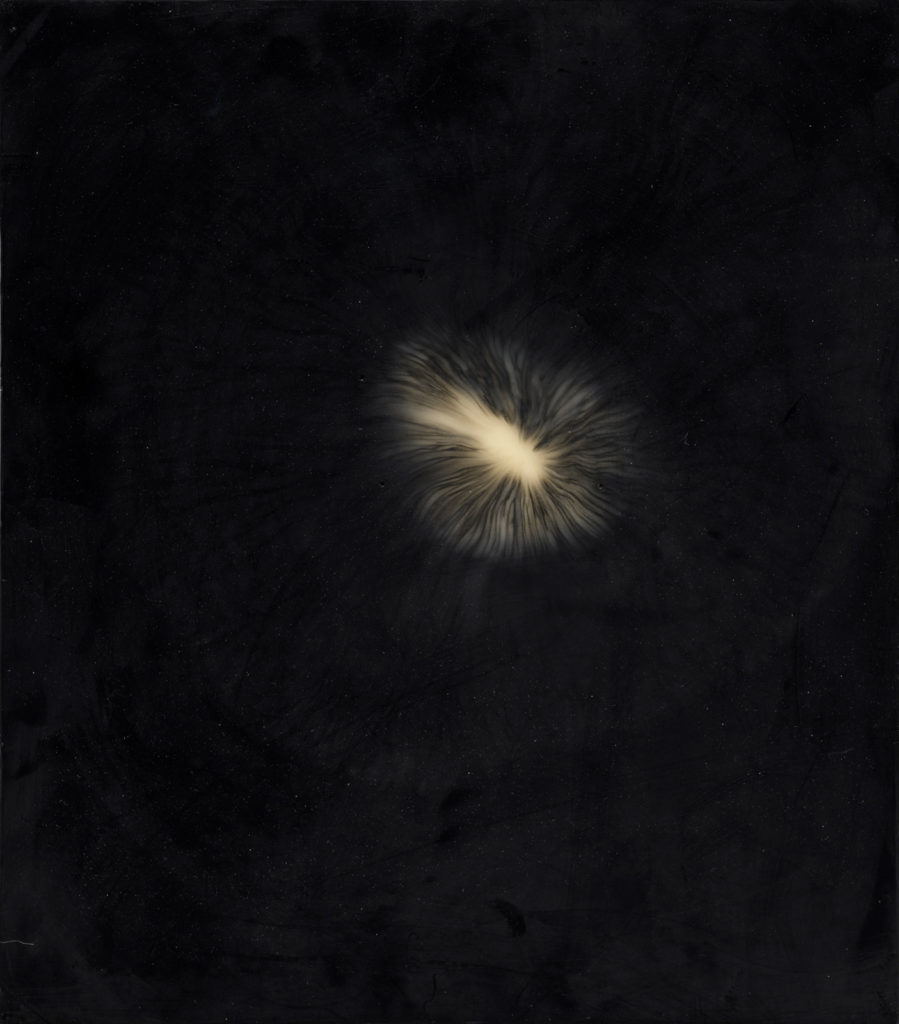 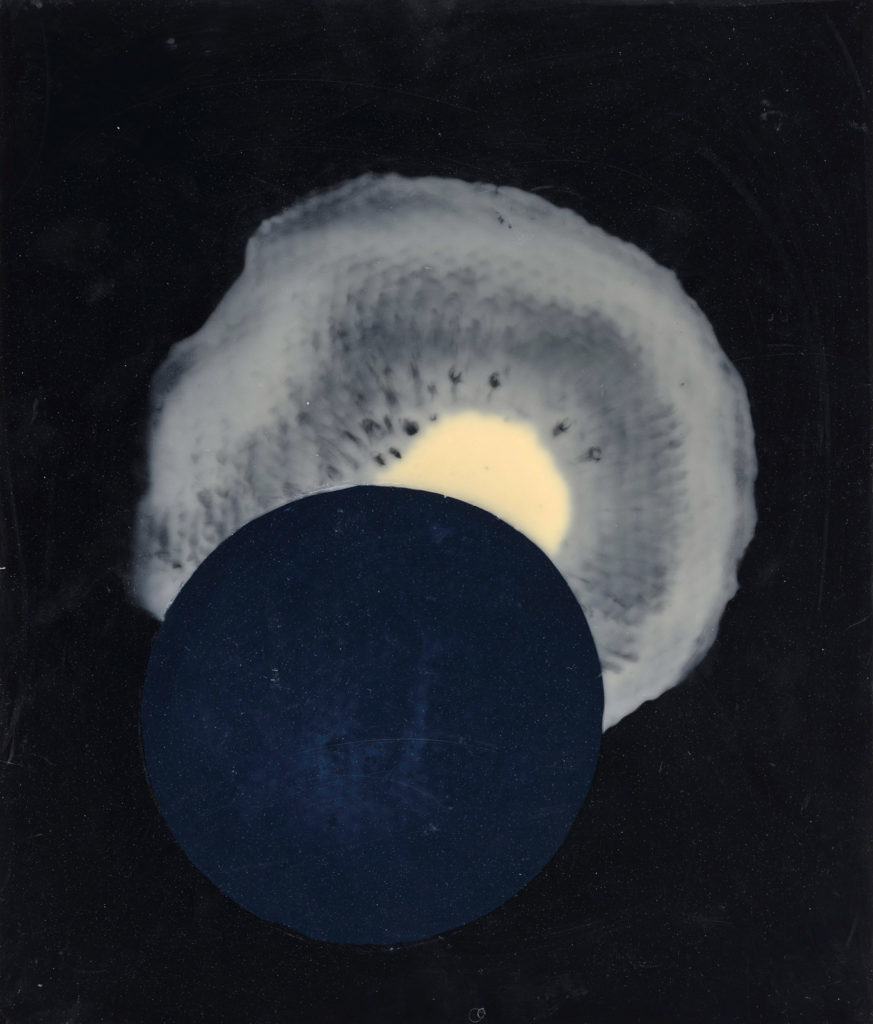 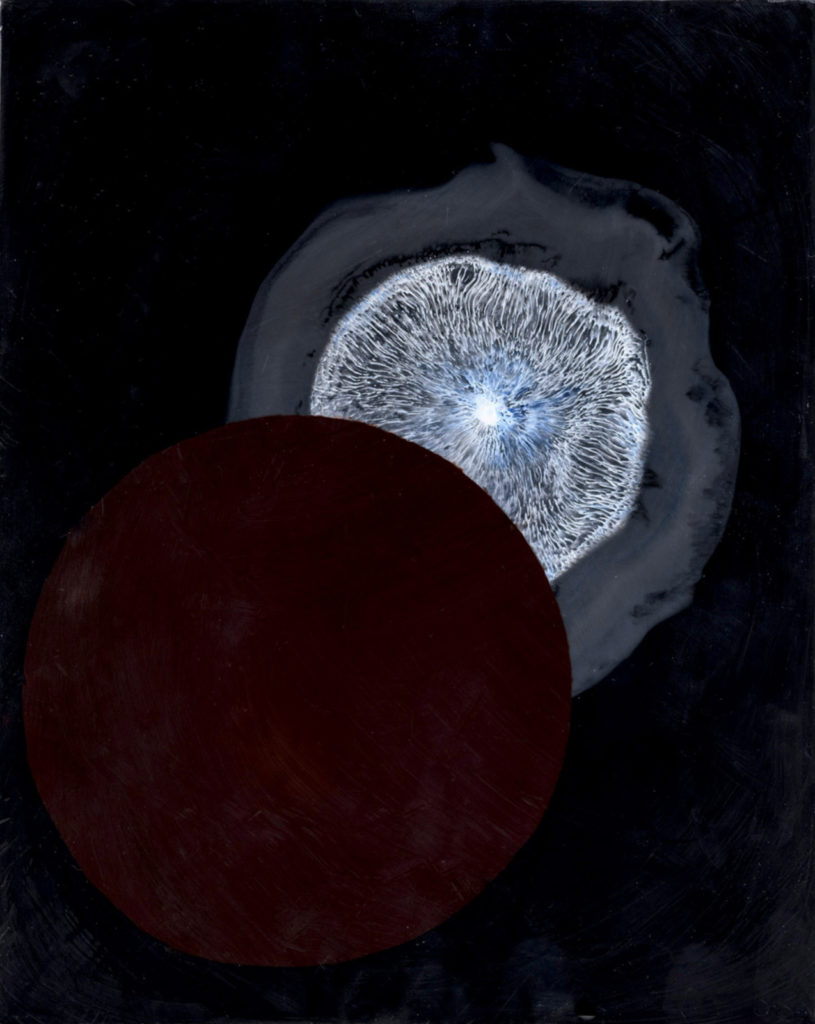 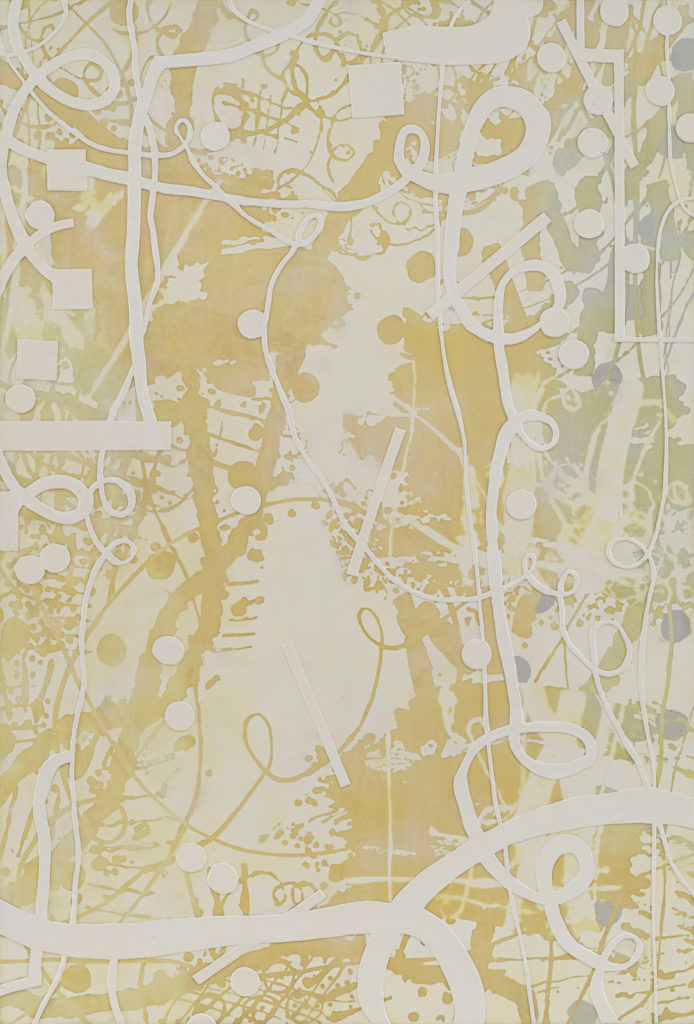 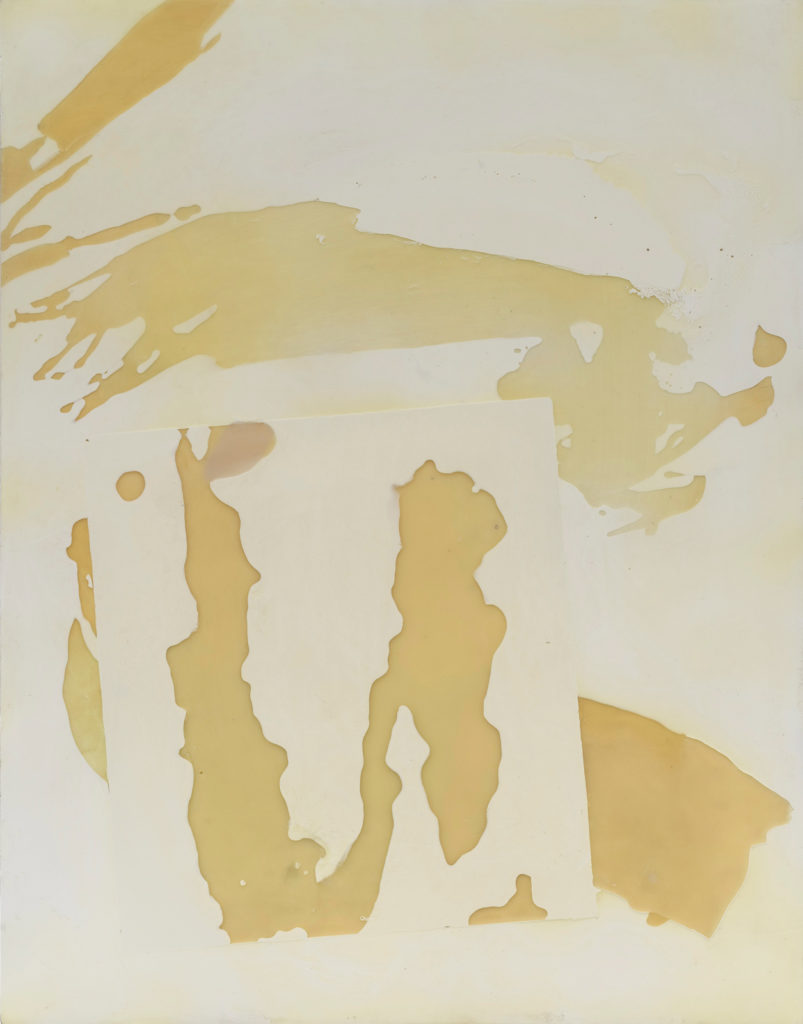 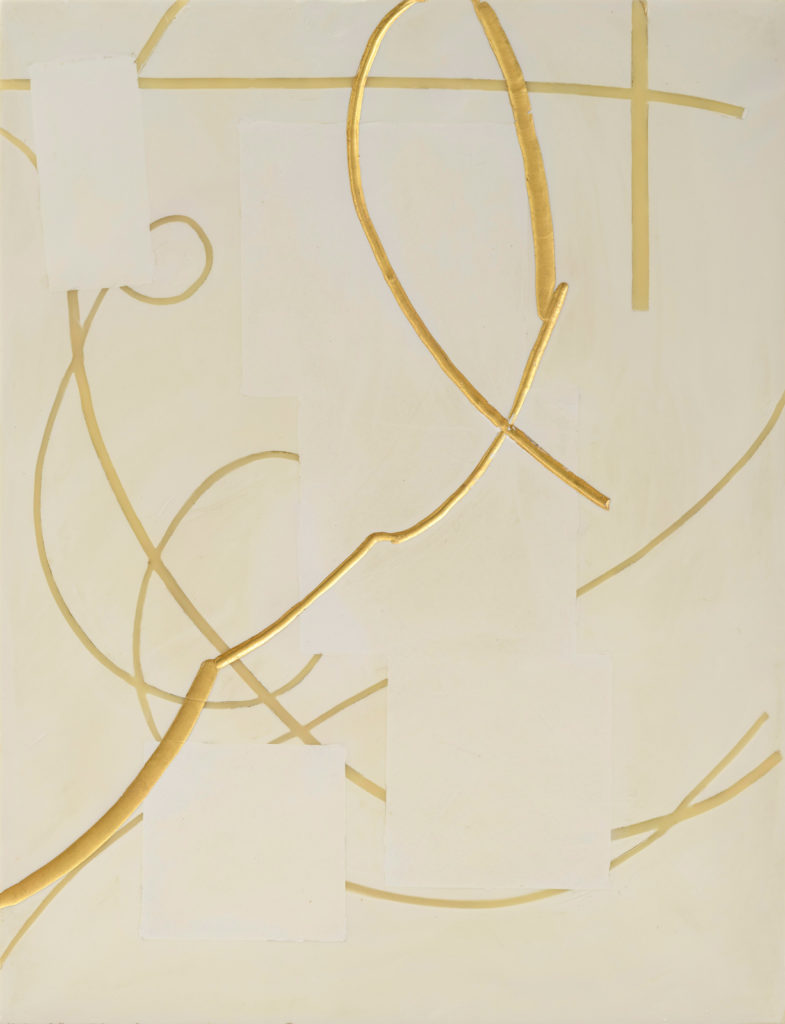 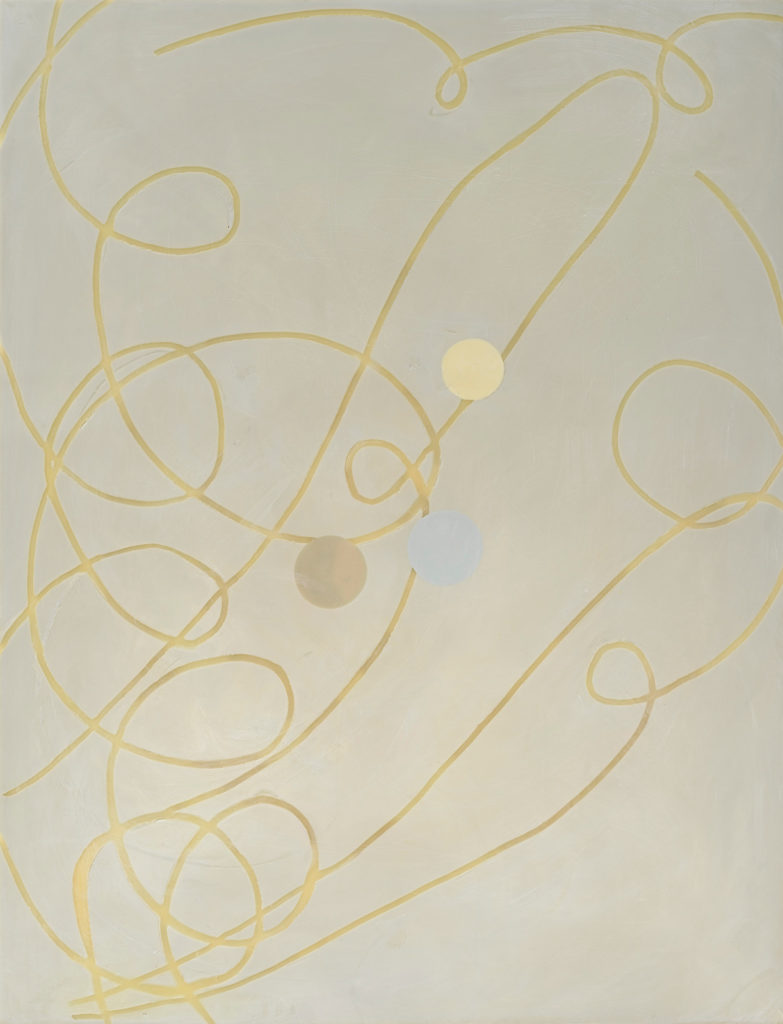 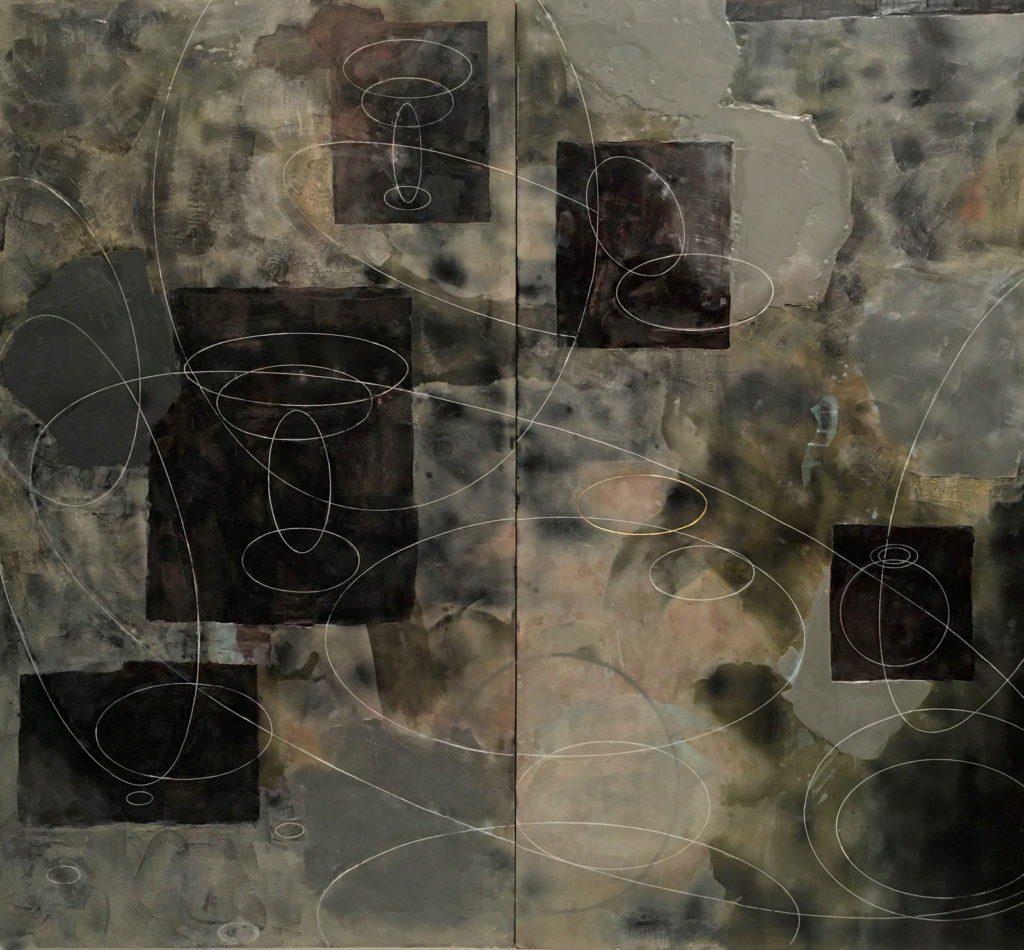 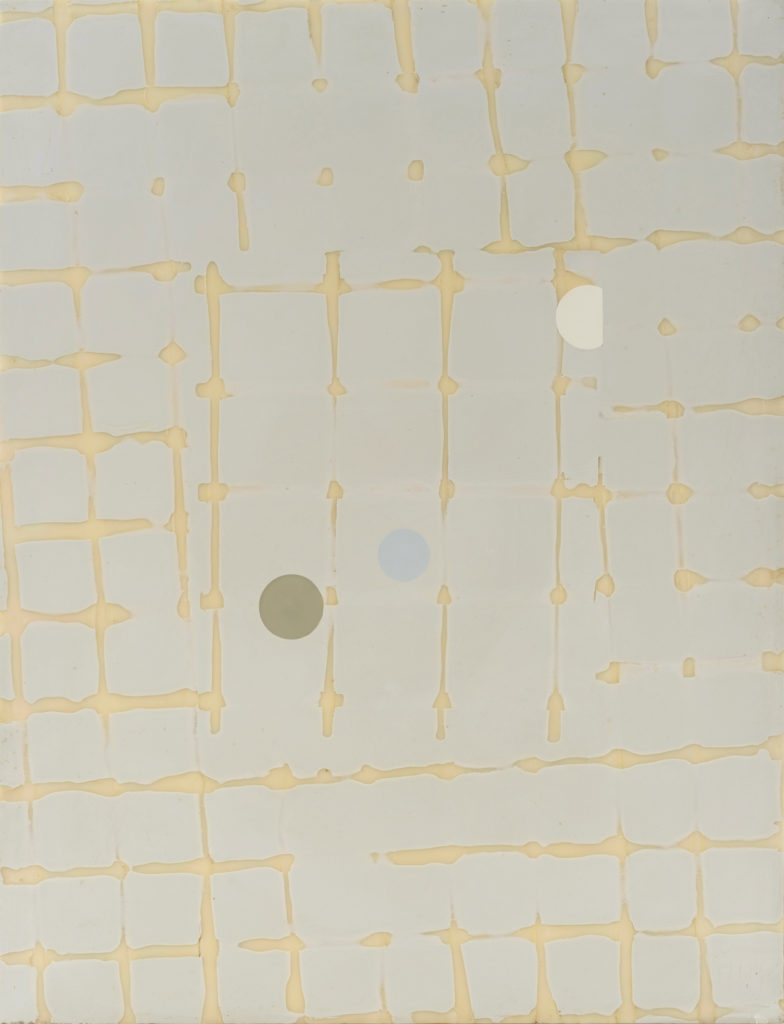 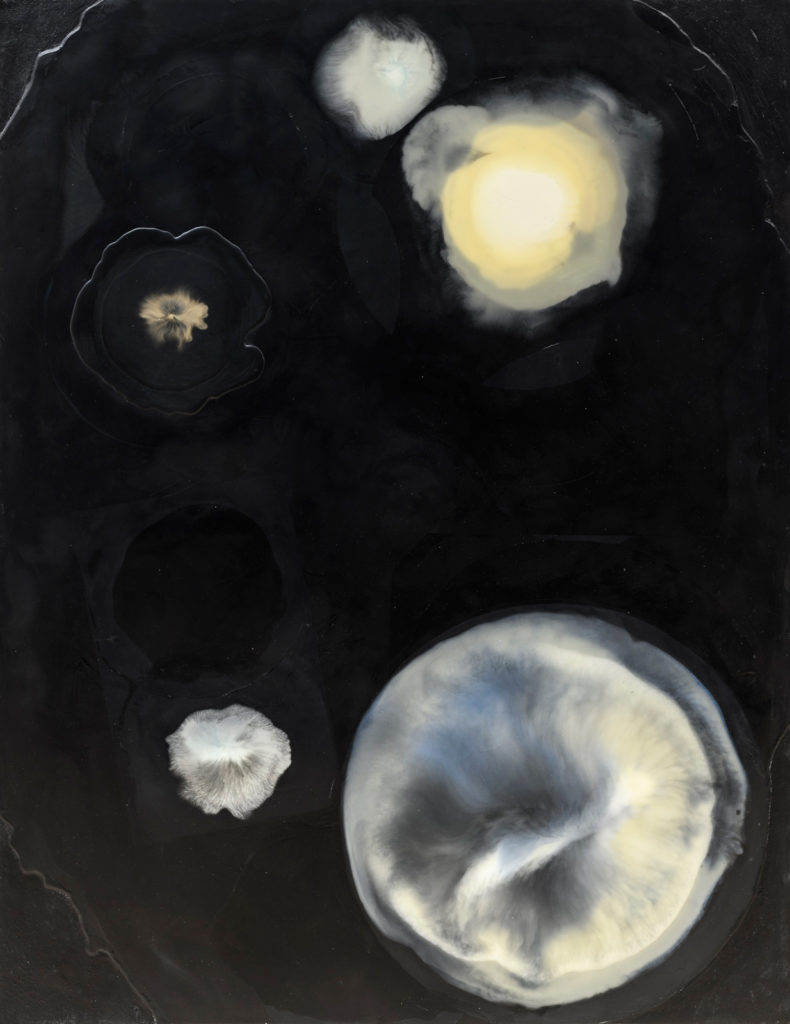 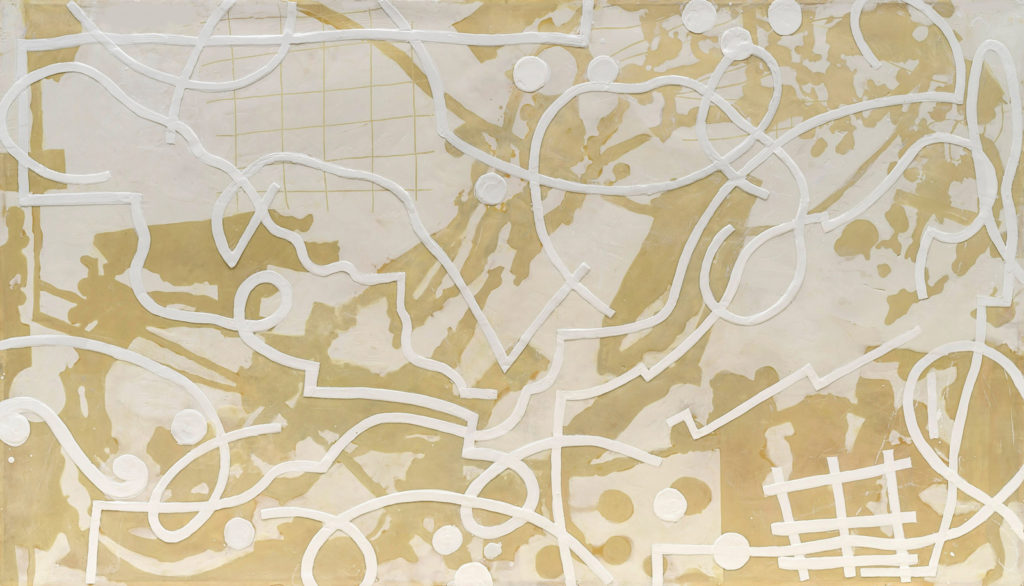 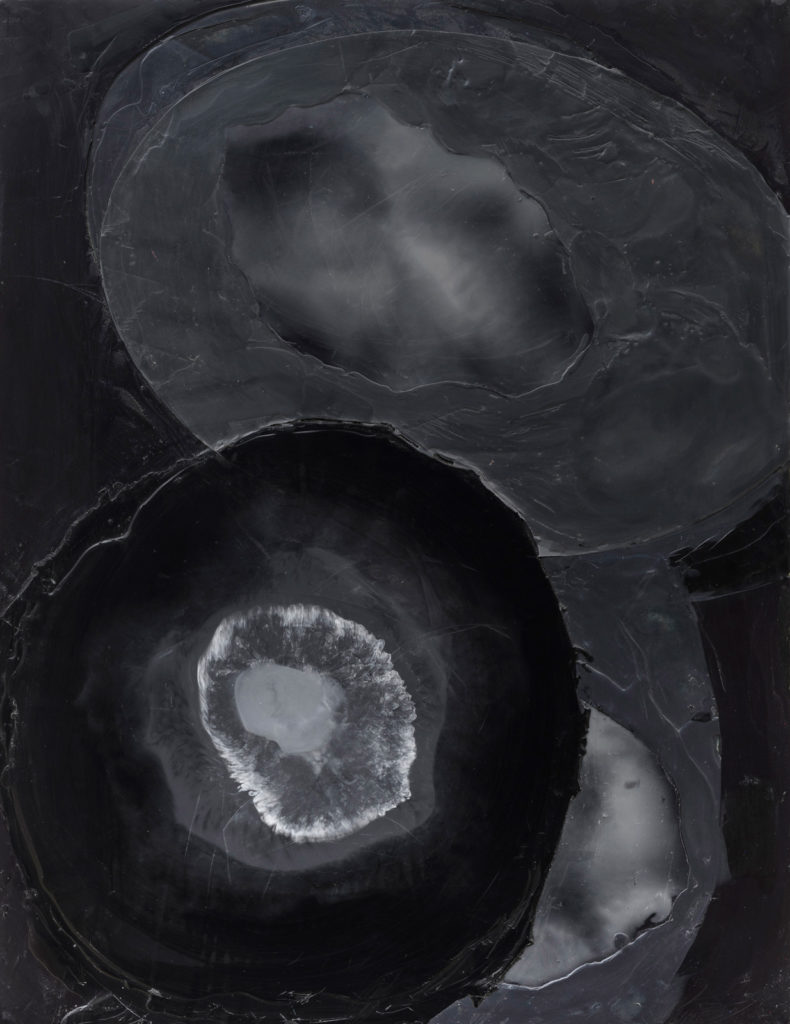 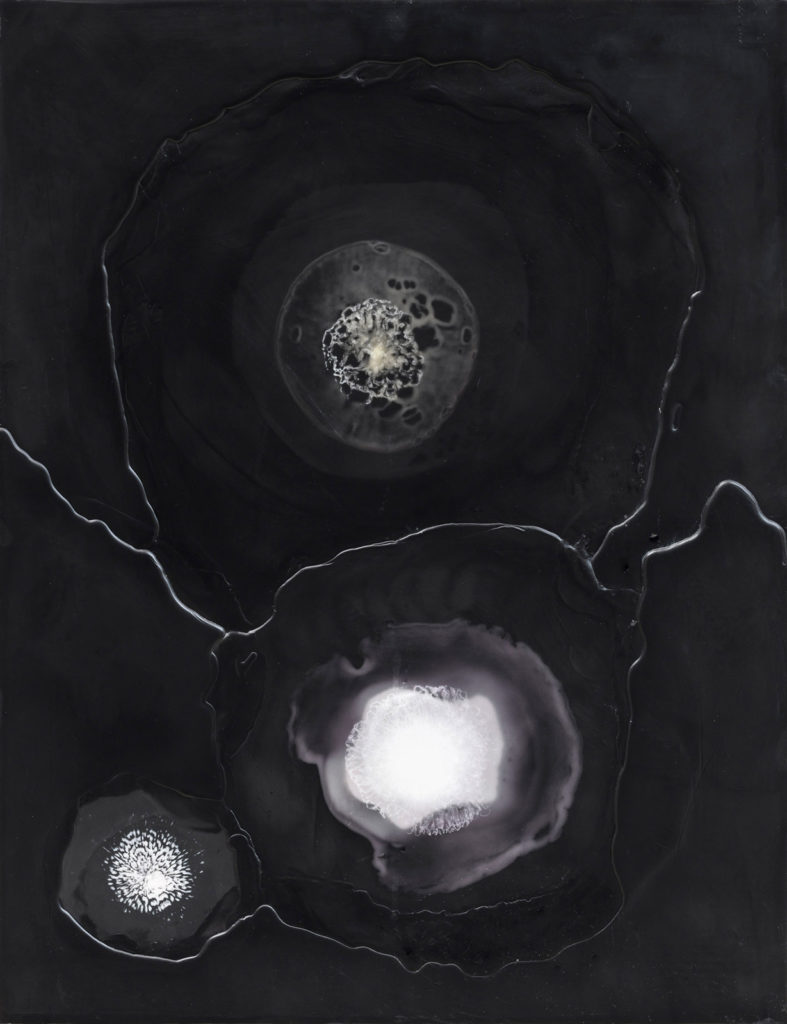 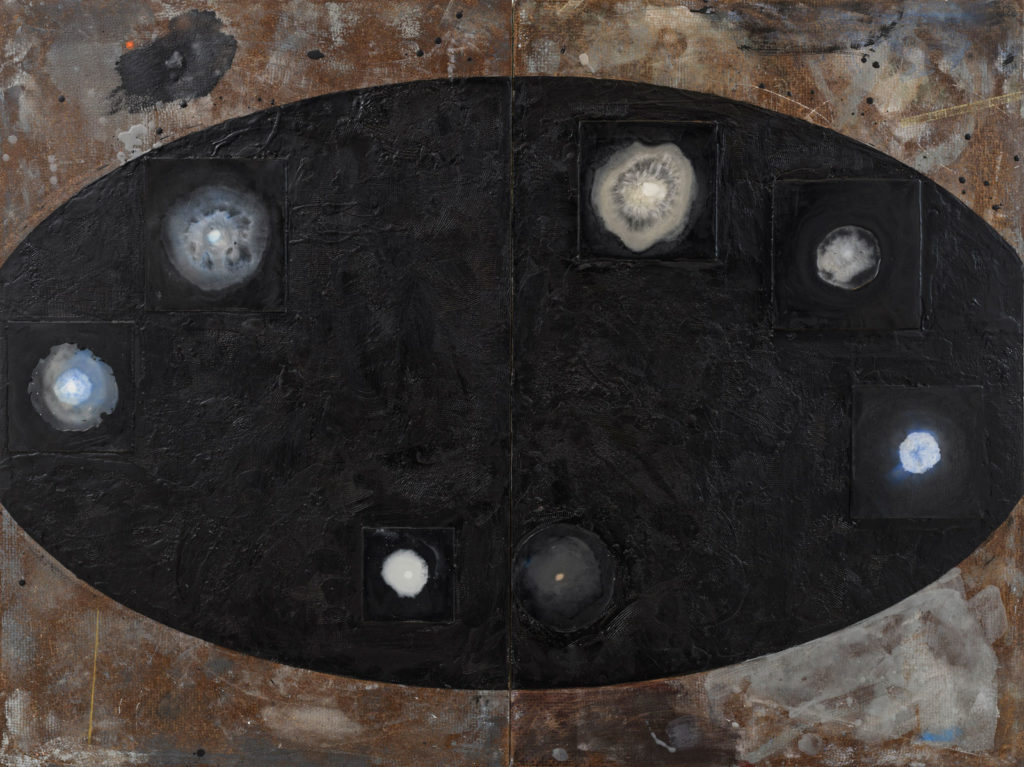 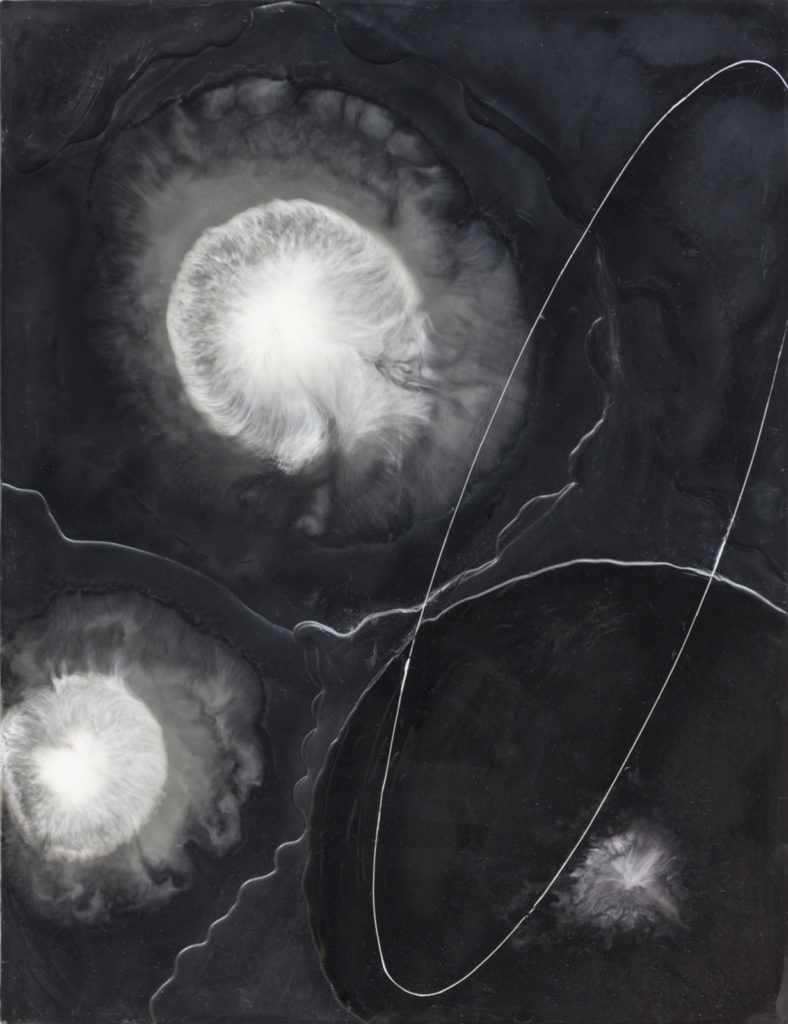 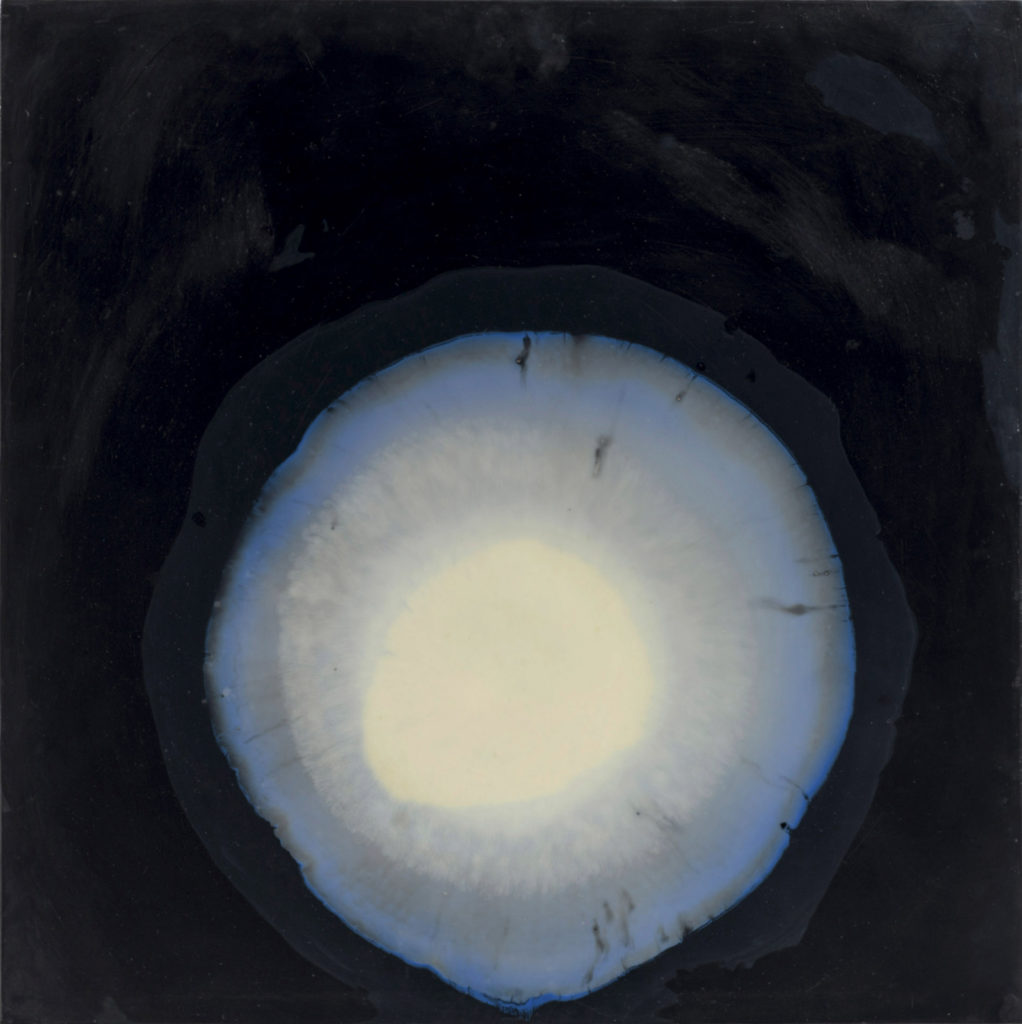 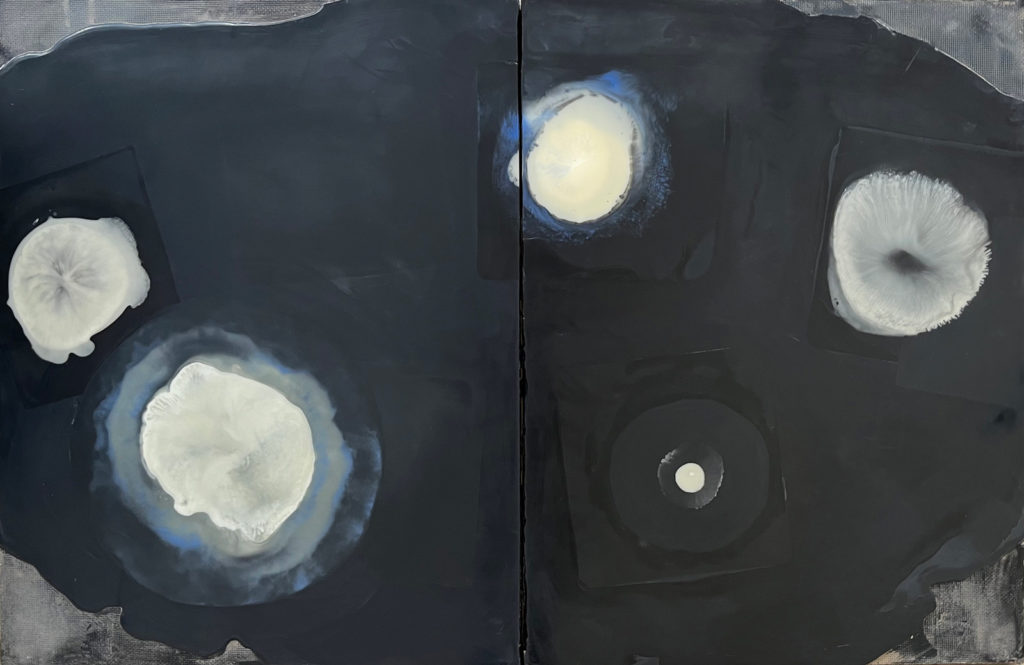 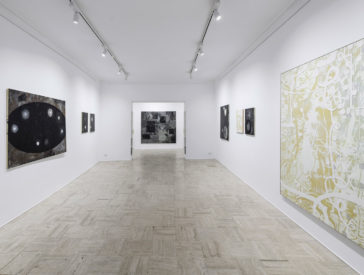 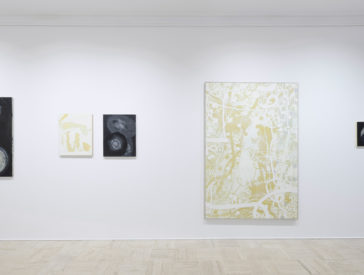 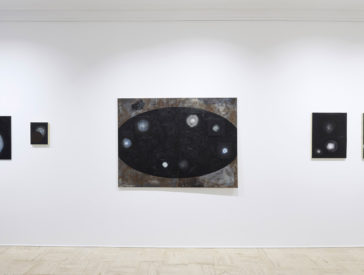 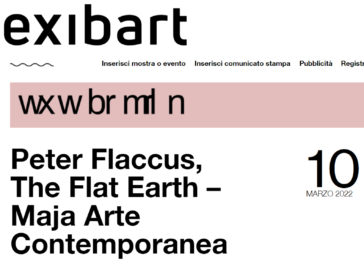 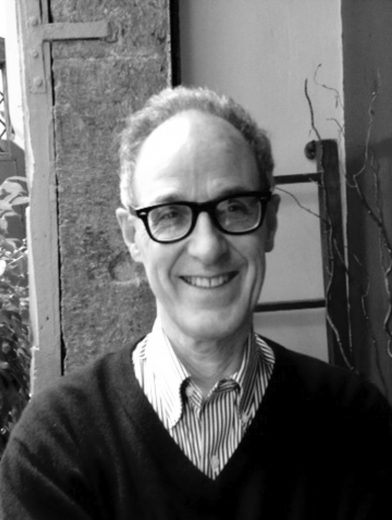